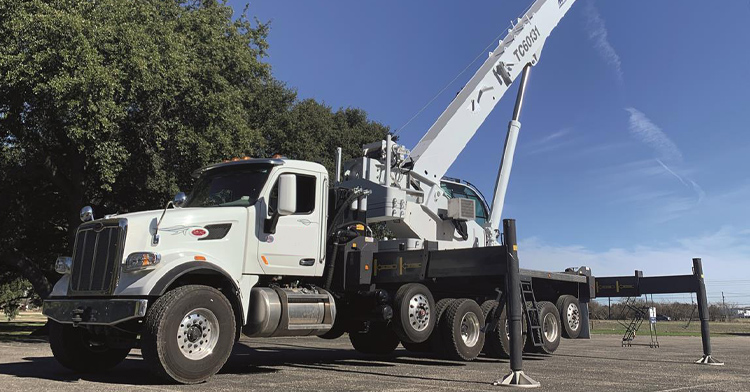 International Cranes Magazine recently highlighted the amount of growth seen during the last few years in the global market for large capacity truck cranes. According to Off-Highway Research (OHR), a market research and forecasting company, sales of truck cranes in both 2018 and 2019 were around 32,000 units. As recently as 2015, unit sales were about 10,000.

The Chinese construction boom is credited as the primary reason for the uptick in sales, as well as demand from Southeast Asia. Chinese manufacturers produce most of the world’s truck cranes, including Sany, XCMG, and Zoomlion. However, OEMs in Europe, North America, India, Japan, and Thailand currently account for building 500 to 600 truck cranes per year.

Japanese crane manufacturer Tadano recently increased its truck crane production to meet the demand in the Far and Middle East regions, plus other markets. They relayed that customers are wanting truck cranes with high lifting performance, durability, ease of maintenance, with the ability to maneuver on rough roads and at high speeds on the highway.

American manufacturer Manitex agrees with OHR’s observations and says that its truck-mounted crane sales have grown steadily in recent years due to the versatility and mobility of this type of crane. They say demand in the oil & gas industry has cooled while general construction needs have increased.

Switzerland-based Liebherr has for years offered two models of truck cranes to meet their customers’ needs in Germany and neighboring countries, but continues to update them with engine and technology advancements. They even offer a sleeper cab option for ease in traveling long distances and to remote locations.

Read the article at International Cranes’ website by clicking here. Image above courtesy of khl.com.