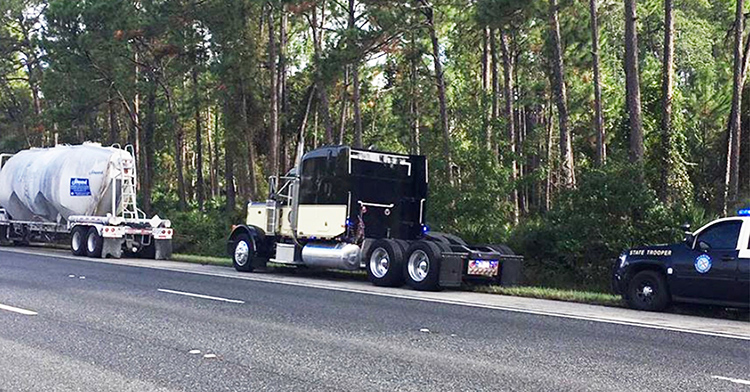 Thedrive.com posted an article last month to warn drivers that the Florida Highway Patrol has a fleet of three semi-truck units in use to monitor traffic for violators and even pull over offending vehicles. Similar highway patrol trucks have been spotted in Tennessee.

FHP started this program back in 2014 by outfitting a former Florida Department of Transportation semi-truck in FHP colors, branding, and patrol lights. It was used by officers to spot moving violations such as texting while driving, open containers of alcohol, and aggressive driving, then report those to troopers further down the road who could then pull over the offending drivers. Despite the truck being marked as a highway patrol vehicle, drivers often paid little attention and passed it.

FHP later decided to authorize truck troopers to skip reporting the violators and instead initiate traffic stops on their own. These occasions are actually rare, however, as the trucks are used primarily for spotting.

Read the whole story by clicking here. Photos above courtesy of thedrive.com.