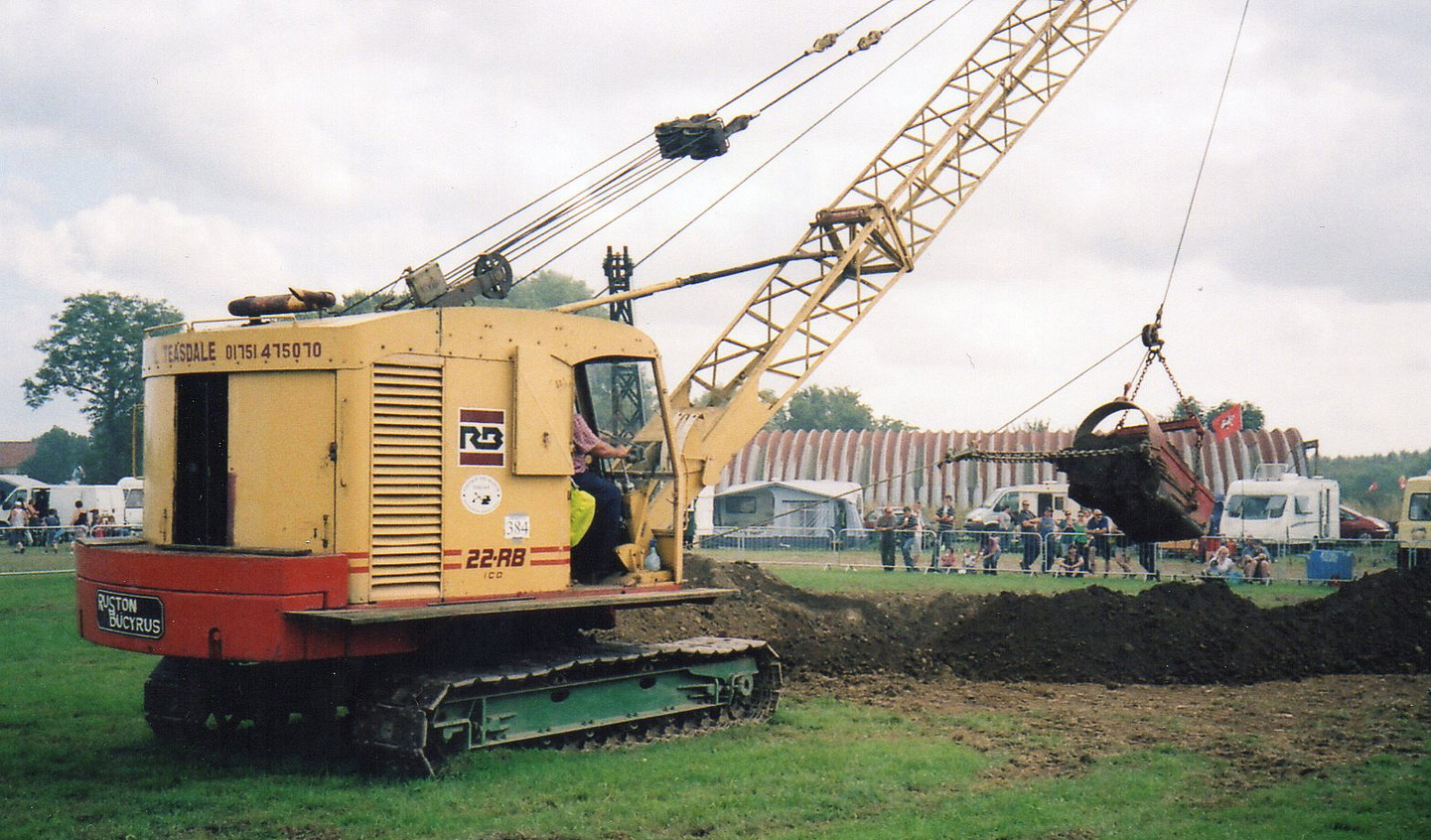 “Heavy duty” has been applied to many items throughout the years, including pickup trucks, shelving, sewing machines, industrial cleaning products, extension cords, rubber gloves and even magnets. The term is defined as “designed to withstand the stresses of demanding use.” When it comes to cranes, and specifically crawler cranes, most people probably assume that heavy duty goes without saying. But even in the crane industry, manufacturers equip some models with larger undercarriages, heavier counterweights and more powerful lifting capacities.

Cranes Today Magazine recently featured an extensive article recounting the history of heavy duty crawler cranes. Of interest is the first crane model believed to have been equipped with a heavy duty distinction. The Ruston-Bucyrus 22-RB was one of the most successful crawler crane/excavator models ever produced, with 10,245 units manufactured between 1950 and 1985. Ruston-Bucyrus produced a heavy duty version of the 22-RB unit in 1957 at their headquarters in Lincoln, England. It included extra counterweights and a lifting capacity of 12 long-tons (26,880 lbs.).

The 1960s brought an increasing demand for more specialized crawler cranes, so Ruston-Bucyrus responded with heavy duty versions of their best-selling large cranes. In 1969 they added larger-dimensioned undercarriages and heavier counterweights, resulting in lifting capacities of up to 60 long-tons (134,400 lbs.). Despite the additional lifting power, mechanical crawler cranes were not popular with crane rental companies due to difficulty of transporting, assembling and dismantling, plus they were slow to maneuver and noisy to operate.

The introduction of hydraulic lattice boom crawler cranes in the 1970s was, in part, an attempt to address some of these shortcomings. Hydraulic technology was in its early stages of development, and problems included limited power output, oil leaks, overheating and poor reliability. Over the next two decades, tremendous improvements were made to these cranes including forced oil-cooled multi-disc wet brakes and more powerful hydraulic pumps.

Since their introduction, heavy duty crawler cranes have had a consistent presence within major infrastructure projects. This trend continued during the 1990s through present time, with notable examples that include Boston’s “Big Dig,” construction of Chep Lap Kok airport in Hong Kong, and building the M-30 Orbital Motorway in Madrid, Spain.

Read the story at the Cranes Today website by clicking here. Photo of Ruston-Bucyrus 22-RB crane above courtesy of Pete Jones at Flickr.com.