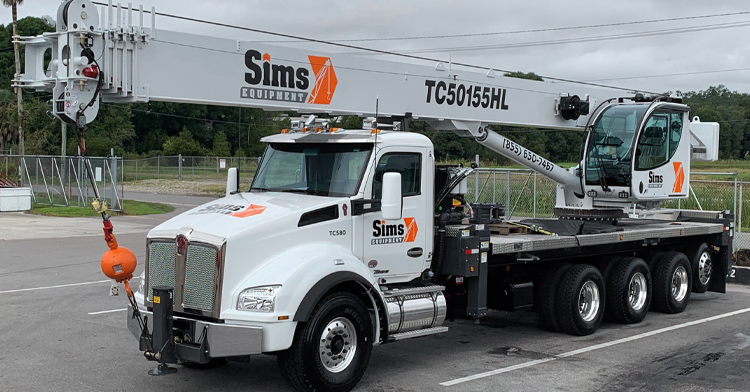 Boom trucks occupy a niche in the crane market that is common only in the U.S., according to a recent article at Cranes Today’s website. The boom truck is a telescoping crane attached to a standard commercial truck chassis, and popular with construction and utility companies primarily in North America. Cranes Today interviewed representatives from several manufacturers of boom trucks including Custom Truck One Source, QMC, Boomtrux, Elliott Equipment, Manitowoc, and Manitex.

Boom Trucks started in the 60s

Custom Truck One Source recently acquired Terex’s boom truck and truck crane division and spent a few months moving production from Oklahoma to Missouri. Terex’s most popular models continue to be offered with little change except rebranded as “Stinger” by Load King. Stinger was the name of some of the earliest boom trucks built by a man named Ray Pittman in the 1960s. Stinger is a name that is remembered fondly by users, and the original factory was not far from their new location in Kansas City. But they have plans beyond rebranding. Load King will introduce two new 35 and 80-ton truck crane models with five-section booms that extend to 80 feet. Longer booms have been the trend for years, but federal and permit laws restrict how much crane can be mounted to a truck frame. New higher strength steels combined with lighter aluminum parts allow for more crane capacity that remain within those regulations on 3 and 5-axle trucks.

QMC’s history of truck cranes also came about in the 1960s, with most of their cranes initially being used by precast concrete suppliers for septic tank construction. Heavy lifting was needed at the manufacturing and installation stages, so a crane that could be driven to the jobsite was a must. This led to being discovered by utility, oil, gas, and underground construction companies and QMC acquiring them as customers. Today, QMC works directly with the end user and manufactures about 2,000 cranes annually. Each crane is custom made to the client’s specifications and needs.

Boomtrux is based in Tampa, Florida and not far from Sims Crane & Equipment’s corporate headquarters. Boomtrux imports Chinese-made XCMG crane units and mounts them to American Kenworth trucks. Nicknamed “The Beast,” their XCMG XCT40U model had 40-ton capacity, wireless remote-control outriggers and auto-retract front bumper stabilizer. An innovative U-shaped boom with 142-foot reach completes the package with greater lifting capacity, fewer seams and lifting stress that flows along the curve. Despite some initial market resistance to the collaboration, the company has seen strong sales and users are happy with the product.

It’s unclear as to why boom trucks aren’t used much beyond North America. It may be that the truck’s size and lack of maneuverability aren’t appealing to European users. American trucks are not small, but they are the standard crane for housing construction, electric utilities, aviation, energy and more in the US.