Ancient Greeks May Have Used a Lifting Device 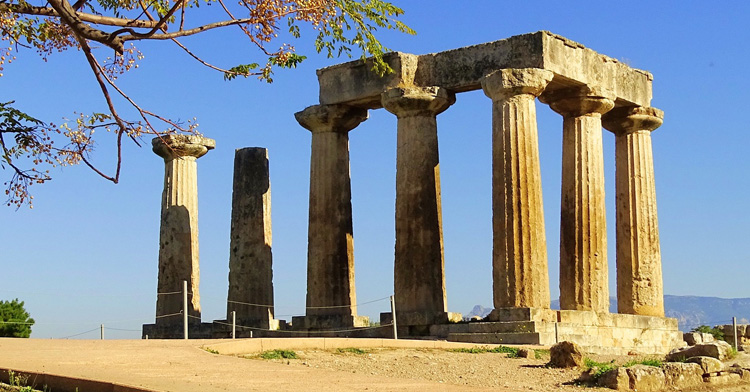 New research suggests that ancient Greeks built stone temples with the assistance of primitive lifting machines about 150 years before the crane was developed. Traditional cranes with hoists and winches made their way into Greek construction over 2,500 years ago. Prior to that, researchers thought that heavy stones were lifted into place with the use of earthen or mudbrick ramps, similar techniques used by ancient Egyptians and Assyrians.

The Gizmodo UK website recently featured an article about these findings from the Annual of the British School at Athens, which published new research authored by Alessandro Pierattini, an assistant professor of architecture from the University of Notre Dame. Mr. Pierattini suggests that a lifting machine was invented by the Corinthians for ship building and lowering heavy materials. It didn’t use winches or hoists, so technically not a crane, but the Greeks used a rope passed over a frame to redirect force. This lifting machine was though capable of picking up blocks weighing 440 to 880 pounds.

Evidence for these findings come from grooves that were etched on the bottom of stones found in Corinth and Isthmia temples. Historians are familiar with the grooves but weren’t certain if they were used for lifting or moving. Mr. Pierattini studied stone blocks used in the construction of mid-seventh century temples, plus used actual stones and rope for hands-on experimentation. His conclusion suggests that the grooves allowed builders to both lift the blocks and position them tightly against each other for wall construction. Friction between stone surfaces later required the development of pre-cut holes and metal levers for exact positioning.

“With heavy stone blocks and high friction between stone surfaces, this was a highly problematic step of construction that in later times would require sets of purpose-made holes for using metal levers,” said Pierattini. “By interpreting cuttings that had been overlooked by previous scholarship, my paper demonstrates that the builders of the early temples at Corinth and Isthmia were already using levers for the final setting of the blocks. This represents the first documented use of the lever in Greek architecture.”

“Before Cranes, Ancient Greeks May Have Used This Ingenious Lifting Machine to Move Heavy Stones” can be read at Gizmodo’s website by clicking here. Image above courtesy of pixabay.com.