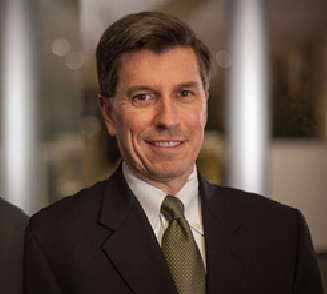 Tim Ford of Terex has been named chair of ICUEE 2015. Ford will oversee the show’s volunteer management committee, a cross-section of utility construction leaders who direct show planning to ensure the show remains relevant for all market segments. Ford is President of Terex Cranes for Terex Corporation.

The biennial International Construction & Utility Equipment Exposition (ICUEE) will be held September 29 – October 1, 2015 at the Kentucky Exposition Center in Louisville. ICUEE is the largest event in North America for utilities and utility contractors seeking the latest product innovations and best practices for construction and rehabilitation projects.

The show is known for its numerous hands-on working equipment demonstrations.

“Our last ICUEE was one of the best and most comprehensive in its 50-year history, and exhibitors and attendees will find even more industry-focused opportunities to connect with each other at the 2015 event. ICUEE’s continued success is the result of expanded strategic action planning to best serve longtime as well as new-to-show exhibitors, attendees and all industry stakeholders,” stated Ford.

Tim Ford was named President, Terex Cranes in January 2013. Prior to this appointment, Mr. Ford had served as President of the Terex Aerial Work Platforms division since October of 2006. Prior to joining Terex, Mr. Ford was employed by The Toro Company from 2001 through 2006, where he served as Executive Vice President. Prior to Toro, Mr. Ford was Vice President and General Manager of Honeywell International’s Home and Building Control North American operations for three-plus years. In addition, Mr. Ford has 12 years of experience with General Electric, advancing from entry level sales through general management.

He also serves as a director on the CE Sector Board of the Association of Equipment Manufacturers (AEM), show owner and producer.