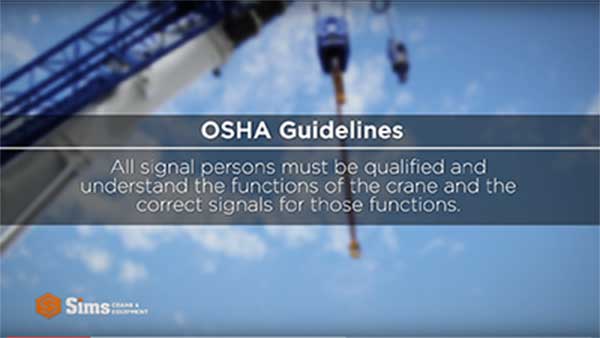 Keith Kellison has been in the craning industry since 1988. He got his start when he was in need of a job and found the world of crane operating. He thought that he would be Read More

Mike Lapeirre got started in the craning business in 1993 because to be successful in the piping industry you needed to be able to operate a crane. Fast forward 22 years, Mike is now a Read More

On October 19, 2015, the Sims Crane West Palm Beach location will have landed on its one-year anniversary. Already less than a year at the new location, Sims Crane has purchased an adjacent piece of Read More

Terex Corp. and Konecranes Plc announced this morning that their board of directors have unanimously approved a definitive business combination that results in a merger of all stock. The combined company, Konecranes Terex Plc, Read More

The National Commission for the Certification of Crane Operators (NCCCO) and International Assessment Institute (IAI) have announced that NCCCO has acquired IAI’s operations relating to the testing services for CCO certification programs.   Effective August Read More

The Manitowoc Company has revealed plans to separate its crane manufacturing and food service businesses and form two separate publically-traded companies.   The Manitowoc board of directors has approved the move and “anticipates effecting the Read More

Environmental Construction Incorporated, a leading provider of demolition and abatement services for the construction industry within the Southeastern United States, is celebrating its ten year anniversary  by undergoing a total branding transformation.   Unveiled in Read More

Japanese crane manufacturer Tadano has reported first half revenues up almost 14 percent on last year at $843.8 million – a new record, due to stronger sales in Japan, which were up 25 percent. Exports Read More

Terex’s revenues for the third quarter of the year were up +3% to $1.81 billion, compared to the same period last year. However, its net profit from continuing operations was down -31% to $58.7 million. Read More

Kobelco’s Construction Equipment Revenues Are Up

Kobelco’s sales of construction equipment for the first half of the fiscal year were up +9.1% to $2.0 billion. Ordinary income from its sales of excavators and cranes was up +63% to $186 million, for Read More