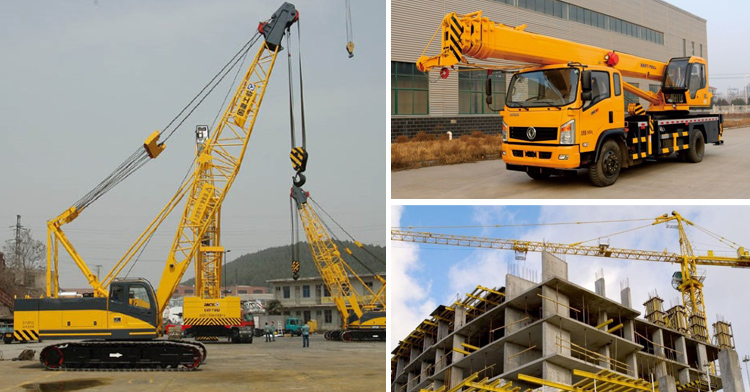 Mentioning the term “construction crane” conjures up different images in people’s minds, depending on who you speak to. Cranes are a vital tool for most construction projects large and small, but one type of crane Read More 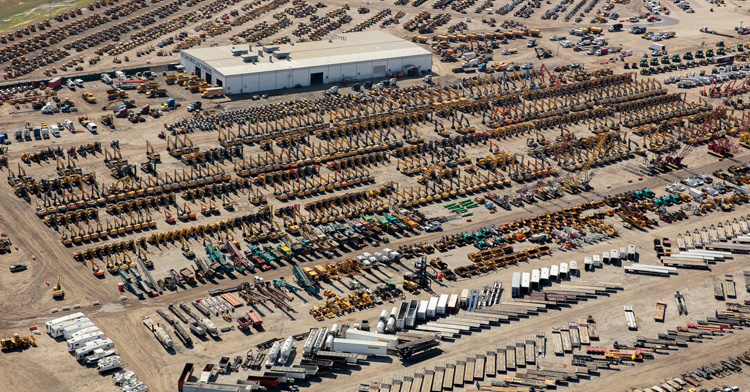 A 220-acre plot of land in Orlando, Florida was the site of an incredible array of heavy equipment up for auction in February. Ritchie Bros. held its largest event to date, spanning six days with Read More

The Manitowoc Company has revealed plans to separate its crane manufacturing and food service businesses and form two separate publically-traded companies.   The Manitowoc board of directors has approved the move and “anticipates effecting the Read More

How Do Cranes Get On Top Of Skyscrapers? 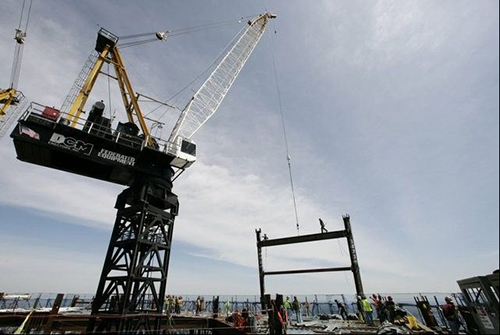 Perched above New York City’s skyline, two tower cranes are piecing together the new One World Trade Center, which just became the city’s tallest skyscraper. How do those cranes get up there? By using their own Read More

Construction Machinery Exports Up in 2011

According to the Exports to Australia/Oceania led the way in 2011 with a 73-percent gain. The region took delivery of $2.8 billion of U.S.-made construction equipment. Construction machinery exports to South America increased 39 percent Read More

The R. Baker & Son team transported the cross from St. Peter’s Church   to the museum after a ceremony attended by former Mayor Rudolph Giuliani and recovery workers. This summer, prior to Read More

Jerome Willis regularly reads the Max Ehrmann poem Desiderata. From this poem he finds inspiration and solace. His favorite lines are the following:  As far as possible,without surrender,be on good terms with all persons.    Read More

The Gators Get a Lift

The sun is just coming up over Gainesville when the trailer carrying a 6,000lb hoist parks at University Avenue and NW 18th street, just a block from legendary It’s not long before the shackles are Read More

We hope you enjoy our very first video from our new series “The Sims Crane Minute”. Twice a month we’ll bring you new episodes with the latest news on cranes, safety, training, rigging, our employees and Read More

Three experts in the crane and rigging industry have collaborated to build a website containing their contact information as well as growth potential for additional experts to be added later.  Ron Kohner, President of Landmark Read More

The World Crane and Transport Summit 2011 is on 10 and 11 November in Amsterdam, the Netherlands. This top-level, two day conference, meeting and formal business dinner, will bring together the leaders of the world Read More

SC&RA to Focus on Safety at Crane & Rigging Workshop

Setting The Stage For U2

Stampede Crane & Rigging assembled U2′s massive stage in Commonwealth Stadium located in Edmonton, Alberta, Canada, as reviewed by this article in the Edmonton Journal, written by Shaughn Butts: Whatever words you use to describe U2’s Read More

Greg Ballweg Kobelco Cranes North America, Houston, Texas has promoted Greg Ballweg to general manager. He will be primarily responsible for the day to day operations concerning North America. He joined the company in 2004 as Eastern regional sales Read More

Metal fabricator BMM Ispat plans to use the 300t six-axle GMK6300 for lifting steel plant components such as 40t furnaces and 8–16t columns. The plant is currently expanding its production of sponge iron, a scrap Read More