Ritchie Brothers Looks Back at 2013 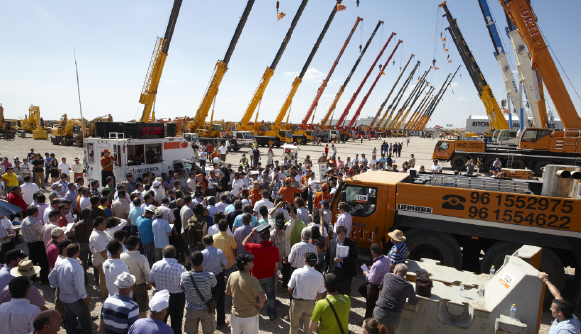 Ritchie Brothers has released its 2013 end of year results: the firm announced it had sold approximately $3.8bn worth of equipment at 356 unreserved auctions last year, a 3% decrease in gross auction proceeds (GAP) compared to the record GAP posted in 2012. The auction company did however see an increase in online sales, opened several new auction sites and had its first unreserved auction in China.

The fourth quarter of 2013 provided positive results for Ritchie Brothers with gross auction proceeds of $1.1bn, a record for the fourth quarter an increase of 10% compared to 2012. The online market for the company was another area where the company saw success in 2013 with record online bidder registrations and sales of approximately $1.4bn to online bidders in 2013. This represented an 8% increase over 2012 and is the highest amount ever sold online by Ritchie Brothers in one year.

Another record came for the Ritchie Brothers financial services (RBFS) segment of the business which provided over CA$100m of financing to equipment buyers during 2013. This represented a 122% increase in activity over the prior year and continued growth since its inception in July 2011. RBFS works with lending partners to find financing solutions for customers purchasing equipment, including loans and lease-to-own programs, but does not use the company capital in its financing activities.

Ritchie Brothers chief executive Peter Blake said: “This was an important year for our business. We had a focused strategy to grow our sales force and improve the performance of our underwritten or ”at risk” business. On both counts, we have made great progress. During 2013 we grew our sales force to the largest it’s ever been. The much improved performance of our underwritten business allowed us to achieve record quarterly auction revenue rates during 2013. Having made important investments in our auction platform over the last several years, our worldwide network of 44 sites is now extremely well equipped to handle expanding auction volumes. Our focus going forward is on driving growth in gross auction proceeds to deliver the earnings leverage that exists in our model.”