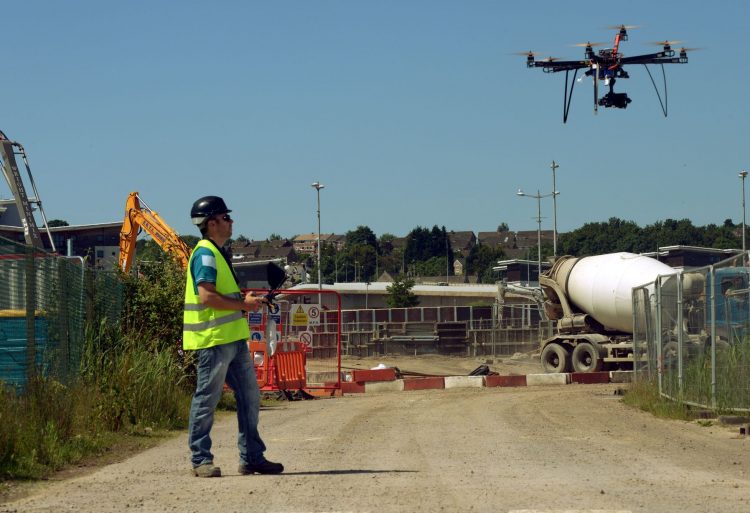 Are drones becoming known as a construction tool? A recent report from Federal Aviation Administration (FAA) shows that the agency is systematically issuing exemptions to applicants so that they can fly drones without being flagged for encroaching on public airspace. It is shown that the FAA has issued more than 3,100 of what is known as the Section 333 exemptions, which about 1,500 of them have gone to construction-related applicants.

The agency stated that construction firms booking less than a million in annual business volume and employing fewer than ten employees so far account for about 90 percent of the FAA’s exemptions. Which so far proves that drones are being seen as everyday-project tools by smaller contractors.

So far most of the work that is being done by drones have been site inspections and similar eye-in-the-sky assignments. Although, between technology and pilots are pushing drones to the next level. For example, one innovator is working on a paint drone so people do not have to get on ladders for second story painting.

It has been said that a team of three four-prop synchronizing drones have assembled a rope bridge. It would not be a surprise if we start to see drones being able to lift more heavy based material to roof tops. Is it possible that we might start seeing “drone crews” well so far the question has been unanswered but it could be plausible in the next few years.

For more on this article visit: http://www.constructionequipmentguide.com/faa-smaller-contractors-using-construction-drones-the-most/29103